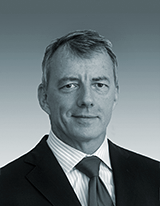 Cosmas is a co-founder and managing director of Ivest. He is an experienced investment banker who has been providing financial advice and raising capital for clients in Asia, the Middle East and Australia for over 20 years.

Cosmas has covered a broad range of client needs from the transportation, infrastructure, extractive resources and energy industries with a comprehensive range of wholesale banking, capital and financial markets solutions.

Prior to co-founding Ivest, Cosmas was a Managing Director and Global Head of Transportation and Infrastructure at Standard Chartered Bank in Singapore. His previous roles have included Head of Specialised Finance at Investec Bank in Sydney, Executive Director and Head of Finance Asia Pacific at CMS Energy in Singapore, Executive Director and Head of Oil & Gas Asia Pacific at CIBC World Markets in Singapore and Vice President Project Finance at Banque Indosuez in Singapore and Sydney. Prior to investment banking, Cosmas was a consultant with the Boston Consulting Group and a petroleum drilling engineer with Schlumberger.

Cosmas holds a MBA from London Business School and the Wharton Graduate School International Exchange Program and a BSc (Hons) in Marine Engineering from the University of Newcastle upon Tyne, England. Cosmas is a Member of the Australian Institute of Company Directors and the Society of Petroleum Engineers. 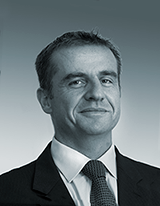 Stéphane is a co-founder and managing director of Ivest and comes with over 15 years experience as an investment and strategy leader with a blend of private equity, venture capital, investment banking, strategy consulting and corporate experience with a strong Asian and emerging markets focus.

Stéphane has experience across a broad range of industries, including financial services and insurance, healthcare, education, medias, telecommunications, retail, consumer and business services. Prior to co-founding Ivest, Stéphane was a General Partner at LeapFrog Investments, a leading emerging markets private equity fund and had overall responsibility for South East Asia. Stéphane worked in principal investment and investment banking at Macquarie Bank and was a management consultant at McKinsey & Co focusing on financials services, media and telecommunication across the Asia-Pacific region. Prior to McKinsey, Stéphane was an investment banker at Lazard Frères & Co in Europe.

Stéphane is an Adjunct Faculty of the Australian Graduate School of Management, an Honorary Fellow at Macquarie University and Tsinghua University and has taught Private Equity, Venture Capital and Valuation and Financial Modelling to post-graduate students in Australia, Singapore, China PRC and Hong Kong.

Stéphane holds an MBA from the Wharton Graduate School and a BSc Economics from Essec (Paris). He is a Fellow from the Australian Institute of Company Directors. 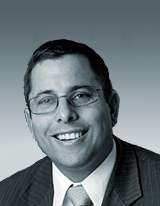 Mark Schneider is a special adviser to Ivest. He is an experienced Clean Energy Banker and Power Engineer. In 2013 Mark established Megawatt Capital as a specialist consultant to the clean energy industry. Mark also undertakes principal investment in renewable energy projects, holding a minority stake in the Hornsdale Wind Farm, recently awarded a 20-year feed in contract for 100MW of wind energy by the ACT Government.

In 2014 Mark was retained by Monash Private Capital to lead the compilation of a report for the NSW Treasury aimed at identifying and examining the emerging risks to their electricity distribution and transmission utilities arising from factors such as distributed generation, electricity storage technology and changing demand dynamics.

Mark is a Director of Advanced Marine Energy, a Thai company that is deploying hydro-kinetic generation facilities in the Mekong River. Mark holds an honours degree in Electrical Engineering as well as a Bachelor of Science with majors in Pure Mathematics and Computer Science from the University of Sydney. He also holds a Post-graduate Diploma in Financial Markets from the Securities Institute of Australia. 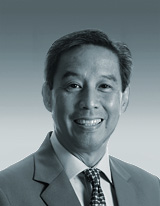 Luigi Bernas is a special adviser to Ivest. He currently sits on the Board of various commercial and non-profit enterprises, mostly in his native Philippines. His overseas career of over two decades as Senior Managing Director and Partner for Bear Stearns (now Deutsche Bank) and as Managing Director for Bankers Trust (now JP Morgan Chase) includes multi year stints managing revenue generating operations in Tokyo, London, Hong Kong, New York and Chicago.

In the financial services space, he cut his teeth trading securities and illiquid assets, structuring and trading credit derivatives and later managing portfolios of various types of assets. He has served as Director of the Philippine Stock Exchange and the Securities Clearing Corporation of the Philippines. He has served as Chairman of the Investment Committee on the Board of the largest privately owned pre-need fund in the country, and he continues to perform similar roles for a number of entities. His current affiliations in financial services are focused primarily on the micro-space and the emerging consumer sector. He has a special interest in innovative platforms for the delivery of microfinance and microinsurance products.

Outside of financial services, he has served as CEO of a publicly listed agricultural and food exporting company in the Philippines and as President of a Renewable Energy company. He is passionate about his involvement in both commercial and non-profit education and learning enterprises.

He currently serves as Country Representative in the Philippines for Experian Microanalytics. Luigi also sits on the global advisory board of LeapFrog Investments and Cerego Japan, a technology based education enterprise.

Luigi holds an MBA from the Darden School of Business at the University of Virginia, the same University from which he also received an MA in East Asian Studies. He graduated from the Honors Program in Economics at the Ateneo de Manila University in the Philippines . He is a Fellow of the Institute of Company Directors. 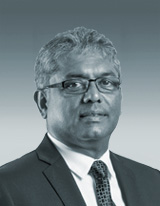 Dr Paul is a special adviser to Ivest. A Sri Lankan by birth and a New Zealand Citizen, Dr Paul has over 25 years of International Health Experience at an executive level. His expertise is in health services planning, strategy development, project management and implementation, and clinical operations.

Dr. Paul held senior executive positions in Sri Lanka, New Zealand, Australia, Indonesia and Myanmar. He was Director of Administration at Thorn Group Private Limited from 1989 to 1993.  After completing his MBA in 1997, Dr. Paul joined Southland District Health Board as a Business Analyst and rose to become the Chief Executive Officer in 2001. In 2006, he worked briefly as Director Medical Services in Hunter New England Area Health Service, New South Wales and then end 2006 joined Siloam Group of hospitals in Indonesia (controlled by the Lippo Group) as Group Chief Executive Officer.

In 2009, he was appointed as President Director of Siloam and was instrumental in successfully taking the group from 4 to a 23 hospitals with a market cap of USD1.8 billion and successfully listed on the Jakarta Stock Exchange in September 2013.

Dr Paul is now the CEO, Pun Hlaing Hospital, a leading hospital group in Myanmar and a joint venture between Serge Pun & Associates group and the Lippo Group of Indonesia.