Why boards need to challenge corporate perceptions of Southeast Asia 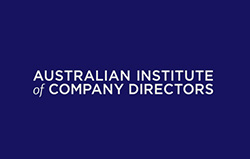 According to McKinsey, collectively, the countries of Southeast Asia would be the world’s seventh largest economy – and this economy is growing at least as fast as China. The International Monetary Fund’s latest World Economic Outlook forecasts suggest that both the Philippines and Vietnam should achieve real growth of 6 per cent or more this year. At the same time, Indonesia’s economy is expected to grow by about 5 per cent this year and next, with expectations that the pace will accelerate over the medium term.

Southeast Asia’s countries are also becoming more competitive. For example, the Global Competitiveness Reports of the World Economic Forum (WEF) have shown Indonesia’s ranking improving from 50th out of 144 countries assessed in 2012-13 to 37th out of 140 in 2015-16. Over the same period, the Philippines – a country with a population of about 100 million – has gained from 65th/144 to 47th/140.

As these figures indicate, the Southeast Asian countries are not just growing, but are changing profoundly. Indonesia in particular has been transformed. It is a much stronger and more important economy. Gross domestic product (GDP) has basically quadrupled since 1994. Per capita GDP has nearly tripled. The difference is accounted for by the absolute growth in the population, which has risen from 192 million in 1994 to about 256 million this year. Since 1994, Indonesia’s economy has grown by around 4.8 per cent annually on average – about 1 per cent annually more than the global economy over that period.

Throughout the region, the numbers of households with significant amounts of disposable income are increasing rapidly. This means much greater demand for services such as healthcare and education, and changing patterns of consumption (including food and clothing). Other big changes include surging demand for new infrastructure for energy and transport in particular and an increasing focus on private sector solutions, such as private public partnerships (PPPs) due to the heavy and competing demands on government budgets.

Yet, despite the region’s clear opportunities for Australian exporters – right on our doorstep – all but a few local firms are ignoring this geography altogether. Instead, the region’s potential is being snapped up by exporters from more distant locations.

For example, before the global financial crisis, Indonesia’s inwards foreign direct investment (FDI) – long-term investment through equity capital, reinvested earnings and intra-company loans – was under US$7 billion annually in 2005-07. But, according to Indonesia’s Investment Coordination Board, since 2012 total inwards FDI has been running at around US$20-30 billion annually. The total stock of inwards FDI has risen from about US$21 billion in 1995 to US$253 billion in 2014 – or from 8.4 per cent of GDP to 28.5 per cent.

Southeast Asian countries are not just growing, but are changing profoundly. In 2012, Australian firms accounted for just under 3 per cent of this investment; in the first six months of 2015, our share plummeted to just 0.5 per cent. In fact, in the first three-quarters of 2015, Australia was only the 12th largest source of inwards FDI (US$104 million out of US$21.3 billion) versus Malaysia (second overall with FDI of US$2.9 billion), Japan (third overall with US$2.5 billion), South Korea (fourth overall and US$1.0 billion) or Thailand (11th with US$170 million). Other countries that accounted for similar amounts of FDI into Indonesia as Australia in the first nine months of 2015 include Italy, Taiwan and France.

It’s hard to fathom this apparent blind spot in Australia’s export strategies. Perhaps executives here have been put off exploring options in the region because of the mainstream media’s focus on short-term disagreements between governments; for example, in relation to refugees or the death penalty. In fact, “Brand Australia” is well regarded by elites in Indonesia, the Philippines and other Southeast Asian countries.

Apart from their geographic proximity, Australian businesses are very well placed to benefit from the region’s healthy growth. The Southeast Asian economies are very complementary to Australia’s, with areas where Australia is very competitive: food and agriculture, infrastructure, financial services, healthcare and education.

Demand for healthcare in Southeast Asia is being boosted not just by rising incomes, but also by official policies promoting health insurance. In essence, tens of millions of people are becoming far more able to use and purchase healthcare products and services – in many cases for the first time.

Similarly, the opportunities for Australian organisations in education are multi-faceted. Improving the education system, for instance, is a strategic priority for Indonesia’s government.

At a time that China’s economy is entering a new and more challenging phase, Australia’s universities have a strong incentive to reduce their reliance on students from that country.

Universities can leverage “Brand Australia”, perhaps by partnering with counterparts in Southeast Asia that involve two years of study in those countries and two years here. Also, there are a lot of relevant online tools – many of which have been developed in Australia: a lot of useful content can be developed at a low cost.

For Australian organisations looking to seize the opportunities in Southeast Asia, the key objective should be: find the right local partner. Corruption is seen as a major problem in many of the countries. However, local companies vary hugely in their business practices. Levels of governance among the best are in fact often world class. Partnering with such companies compels Australian exporters and investors to do their due diligence and to establish the right processes. From then on, the business environment becomes a positive – not a negative.

Australian executives should also take into account the fact that, as Indonesian companies have become stronger and more integrated with the global economy, outbound FDI flows have risen, from an average of about US$3.5 billion annually in the years prior to the global financial crisis to more than US$7 billion in 2014. Indonesia, and other countries in the region, may soon become important sources of investment capital.

At the very least, directors on the boards of exporting companies should be asking executives why they aren’t considering the rich and varied growth markets in Southeast Asia. Otherwise, they will be failing in their duty to “look out of the window” and challenge the executive perspective.