Small can be rewarding

December 3, 2015 By Ivest Admin With no comments yet 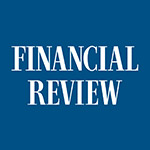 December, 3 (The Australian Financial Review) — Not all of Australia’s trade prospects lie in the vast economy of China, the growth of India or the Trans Pacific Partnership.

There are smaller trading partners that don’t necessarily follow economies of scale exporting, but instead leverage Australian expertise into higher-value collaborations.

Some of those opportunities were on the table in the second-last week of November when Israel brought a trade and investment roadshow to Australia, lead by its chief scientist Avi Hasson and director-general of the Israeli ministry for the economy, Amit Lang. Culminating in the Israel-Australia Investment Summit, the message delivered by the Israeli contingent – which included venture capitalists and owners of high-tech start-ups – was that Israel-Australia trade may not hinge on ship-loads of coal an iron ore, but the value exists in intellectual collaboration.

“Australia is an advanced economy and an early adopter of technologies,” Trade Commissioner at the Embassy of Israel, Ethy Levy says. “Australia doesn’t just represent a potential market for our technology firms but it’s an excellent country for developing new ideas and collaborating in technologies.”

She says Israel-Australia two-way trade is relatively small at $US900 million in 2014. “When I arrived here three years ago the goal was to double that to $US2 billion.”

Australia and Israel are very different in size and geography but the countries have similarities in government, university outputs and innovation cultures. One of the existing technology tie-ins is Victoria Israel Science & Technology R&D Fund (VISTECH) which has been match-making Israeli and Australian tech projects to create scale, minimise costs and increase intellectual scope.

Levy says much more can be done because when small and medium-sized countries like Israel and Australia collaborate on R&D and innovation they produce breakthroughs they may not achieve on their own. Israel already collaborates with another high-value, small nation: Singapore.

“Israel is on the doorstep of Europe and feels very comfortable doing business in the United States,” she says. “So those areas have been the focus of our exporters. But our companies are waking up to the opportunities in Australia.”

Australia is an early adopter country, from 3G and 4G to using smartphones to make payments.

“Some of the innovations that come out of Israel’s tech firms may be small applications in a very large banking system or telecoms network,” Levy says. “Australia has shown it will try new technology. That’s an opportunity for our firms and for the Australia economy because once these technologies are taken-up, they become a high-value export.”

She says Israel didn’t come down under to lecture Australians, even though Israel spends more than 4 per cent of GDP on non-military R&D and Australia, about 1.5 per cent. Australian firms, she says, already participate in global high-tech value chains. “Australia’s role in defence technology is well known and it’s a sector where Israel and Australia could really collaborate.”

“Our technology firms are looking for market leaders in their sectors, with global significance. Our start-ups need major players, involved in areas like big data, so they can get feedback and develop products. A partner like CBA then gets access to leading-edge technology.”

Levy says there are already many synergies being developed between Australia and Israel in agribusiness and water systems. She points out that drip irrigation is an Israeli innovation and the Israeli company Netafim already has a manufacturing presence in Victoria employing 120 people. And Australian water technologies are used in the Negev Desert, where farmers specialising in semi-arid agriculture grow mangos, peppers and passionfruit.

“In Israel, many farms are managed by PhDs. Farming is a real science and there’s a lot of interest in Australia’s agricultural technology and practices.”

She also points to more trade between the two nations’ higher education institutions. Not just collaborating in agriculture degrees but to train Israel’s oil and gas professionals of the future.

“Israel has one of the world’s largest offshore gas discoveries and we currently don’t have the expertise to exploit it,” she says. “Australia has the experience with offshore gas, and the industry education and skills programs that go with it. We’re encouraging Australian institutions to promote their oil and gas education, either setting up in Israel or bringing students down here.”

One of Australia’s smaller trade partners is actually a large nation: Indonesia. With two-way trade with the 250 million-strong nation at $15 billion in 2014 – compared with the $29.5 billion recorded with the much smaller Singapore – Indonesia is an overlooked opportunity, says Stephane Chatonsky?, managing director of the corporate advisory firm specialising in Asian entry, IVEST.

“There is a very large and quite overlooked opportunity for Australian services exporters into Indonesia,” Chatonsky says. “Indonesia has a fast-growing middle class and there is growing demand for the services Australia does very well.”

Chatonsky cites healthcare and aged care as the two stand out sectors that Australian firms are succeeding in, usually as joint ventures.

He says the Indonesian government has embarked on a universal healthcare program and the Philippines is seeing a resurgence of healthcare investment to cater for the expanding middle classes.

“Universal healthcare pushes the middle classes to seek higher quality healthcare, and that means private hospitals and medical clinics. Just building the hospitals and buying the machines is the easy part. It’s the personnel and the managements systems that make it all work, and that’s where Australia comes in.”

Chatonsky says the typical business model for Australian education exporters – to bring Southeast Asians to Australian campuses – should also be augmented by building campuses in Indonesia and the Philippines to cater to ambitious, but not wealthy parents.

He says the view of Indonesia – that outside investors lose money because of an unpredictable legal system – is no longer the case so long as Australian firms choose top-shelf partners.